The recently-launched Slow Food Youth Network group in Baku, Food for Change, part of the EU-funded COVCHEG project, is expanding its horizons and welcoming new members.

The youth group was registered as an international Slow Food Community on February 4, and has been making important steps for the outreach of the Slow Food COVCHEG project by organizing presentations. Members of the network have raised public awareness on the dangers of biodiversity loss in Azerbaijan as well as healthy food practices, and the importance of supporting small-scale farmers and promoting local gastronomic traditions.

The group coordinator, Roman Gojayev, recently presented the accomplishments of Food for Change Baku at a workshop held in Brussels on “Climate Change Education, Awareness and Behavior”. As well as being an active member of the network, Roman is a Food Engineering student a 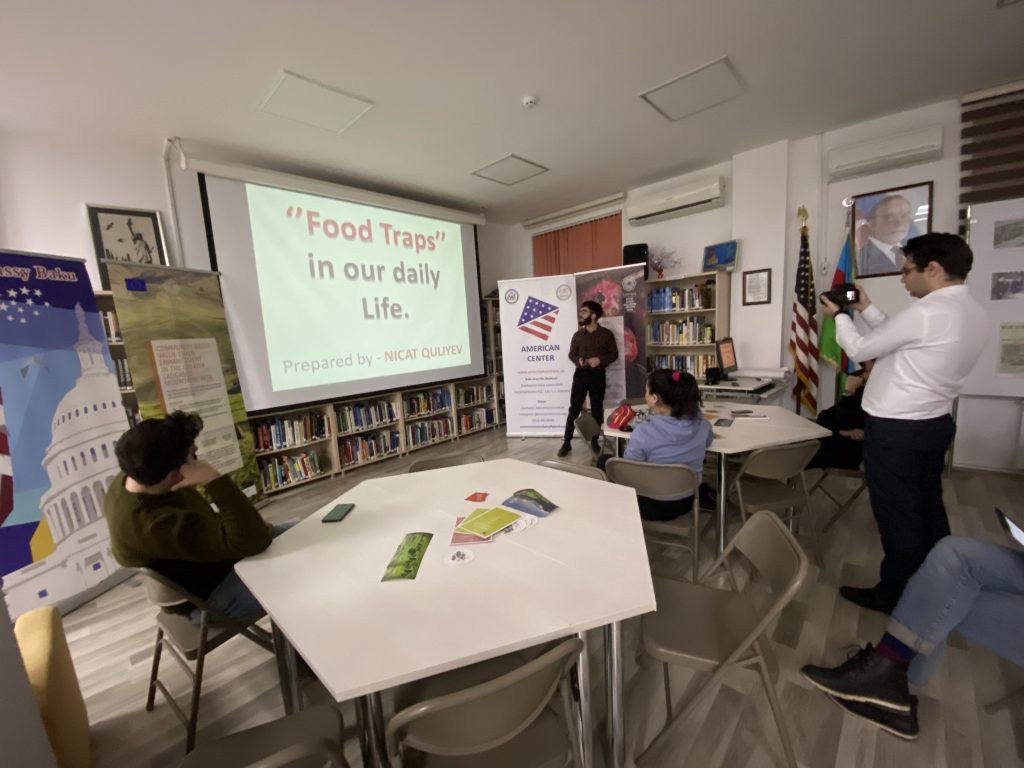 t the University of Economics Azerbaijan, an intern at the FAO, a Young Ambassador at the EU Neighbors East project and the Assistant Project Manager and Secretary of International Relations at the National Assembly of Youth Organizations of the Republic of Azerbaijan (NAYORA).

Another SF Youth Network member Mustafa Bayramli have held a presentation with the support of Education USA to the Competitive College Club (CCC) members. Mustafa is also an active member of CCC as a Debate club manager. He is an intern at the Asian Development Bank, Topchubashov Center and Khan Academy platform.

Another network member, Nijat Guliyev, has held presentations about sustainable food choices and healthy nutrition at the Baku American Center with the support of the U.S. Embassy in Azerbaijan Public Affairs Office. Nijat is an alumnus of a UGRAD program funded by the U.S. State Department and a U.S. Educated Azerbaijan Alumni Association member. He is also a Research and Development Coordinator at Oikos Baku, Coordinator of the Gender Working Group at the Cooperation and Development Network Eastern Europe, Young European Ambassador at the EU Eastern Partnership Project and an active member of the Mil Network. 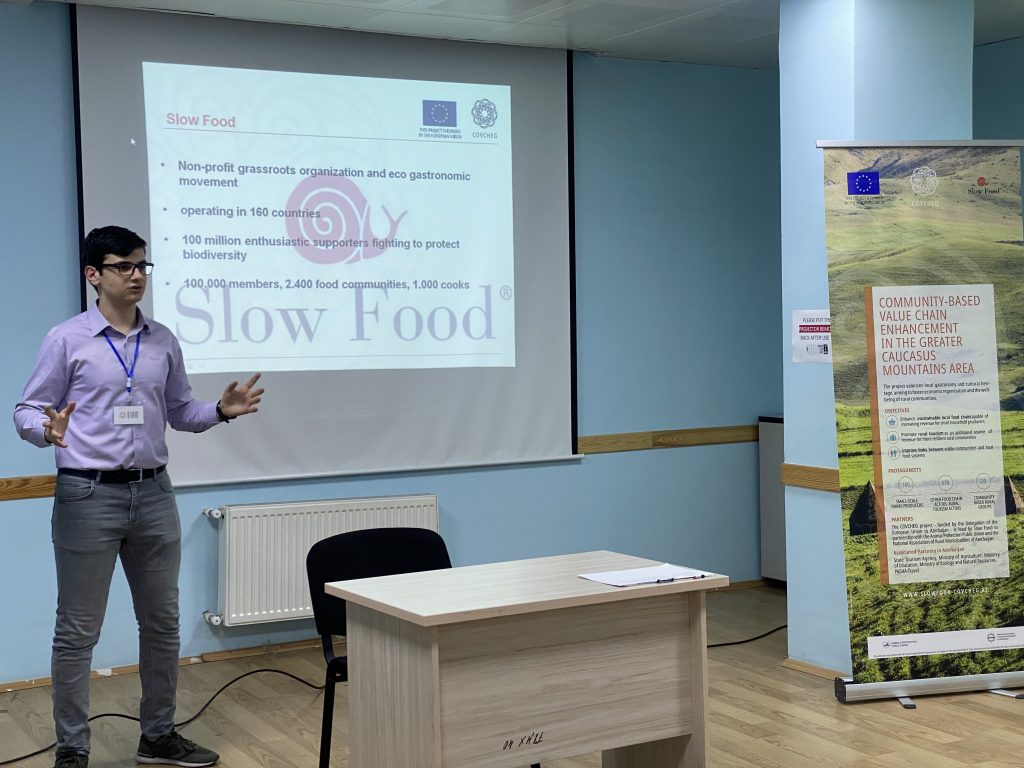 All members of Food for Change Baku have made significant contributions to communicating the Slow Food philosophy of good, clean and fair by meeting with culinary specialists, collecting information and using it help chefs, farmers and individuals nominate their local biodiversity to the Ark of Taste. Members have also actively participated in monthly meetings and brainstormed new ideas within the project which will help to educate the public about sustainable consumption and the protection of environmental and cultural heritage.

Feel free to contact our Youth Network coordinators (contacts below) if you are would like to join us or contribute by nominating local products to the Ark of Taste Contest. Products that will board the Ark of Taste will be promoted internationally and help a global audience to discover Azerbaijan’s rich biodiversity.

We would like to congratulate our newly joined members and wish them success in their future activities!

Get to know Azerbaijan’s biodiversity on board the Ark of Taste.