Archive » A project for resilience in the mountains of Guatemala

Guatemala is one of the most diverse countries in Central America, with mountains, volcanoes, beaches on the Caribbean sea and Pacific ocean, and mountains. However, almost half of the population resides in rural areas, facing challenges like inequality and poverty, where smallholder agriculture plays a vital role to secure income and sustenance.

From the hills of the country, three associations have been selected to take part in the Mountain Innovation Program, financed by the GEF Small Grants Programme, UNDP, and the Mountain Partnership.

Along with Lesotho, Nepal, and Rwanda are receiving technical assistance from Slow Food to build strong and supple communities as they practice sustainable production and improve the value chain.

The project is different for each country, tailored according to their conditions and needs. One of the main steps is to conduct an in-depth mapping of each small-holder producer and their practices. This takes into account their history, terrain, access to supplies, market presence, sustainability, and more, to cover every aspect of their practice, including entrepreneurship opportunities, and markets that would appreciate and value their work.

A label to differentiate their hard work

For these Guatemalan producers, besides receiving training in different aspects that aim to strengthen sustainable practices and their resilience, one alternative to improve and gain recognition is the Narrative Label. By applying to become an MPP product, each producer will be able to access a marketing expert provided by FAO and, in collaboration with Slow Food and the GEF SGP will be able to develop a narrative label. This option allows consumers to make an informed decision as it helps producers to communicate, such as origin, production method, biodiversity information, and storage advice, among others.

Part of the advantage of this label is that it doesn’t require an additional cost like other types of certifications, it is updated annually followed by agreements of keeping a good, clean and fair production. In the case of these selected producers, the Narrative Labelling of their product has the stamp of Slow Food, Mountain Partnership, and GEF SGP to back up their efforts. And finally, this allows them to differentiate their work from others in the market. 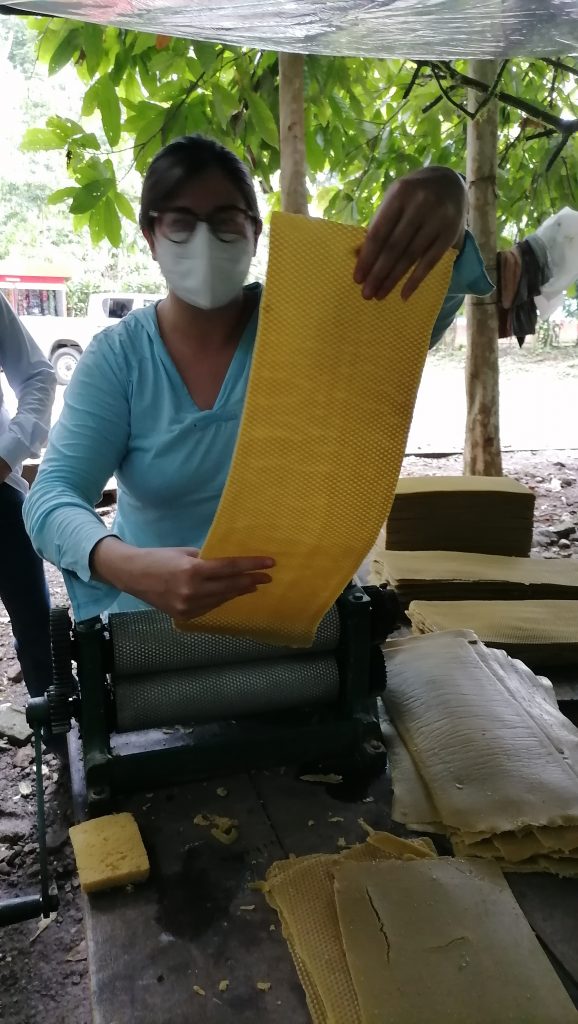 Each one of these producers makes a difference in their community and has strong stories and bonds with their territory and culture. The mapping showed they don’t have a web presence, and some depend on one customer to distribute their products.

Their history is worth telling, let’s meet some of them.

This association was born in 2010 as a woman’s group aiming to diversify the income through family gardens, cooking, soil conservation, and reforestation. Eventually, they opened their group to the participation of men and expanded to practicing bee-keeping,

70 women started this pastoralist group in 1998 to treat motivational and intrafamilial issues. Over time they received artisanal and agricultural formations and became a productive group to improve family economies in the community.

17 women work in the production of tomatoes and chili pepper. They also have a rainwater collection system for irrigation, and for pest control, they use cinnamon, ginger, Ruta, laurel, chili, ash, fermented pepper, garlic, and onion. And for soil health, they plan Ruta, basil, coriander, lettuce, onion, and spinach.

This group has also been in charge of gathering ancestral knowledge from elder women to work the land.

These associations of women have been active since 2015, using terrains they inherited from a family that left the country or found different means of livelihood, leaving them with an opportunity to make a living through coffee.

Eventually, they expanded their production to poultry as complementary income.

This cooperative intends to support the empowerment of women in decision-making within their communities, and economic development, especially through the commercialization of coffee.

The Pak áwek community is an example of resilience. In 2005 the storm Stan caused slides affecting their production, including fertile soil, leaving behind unstable terrain. They have worked to recover from it, even winning an award for the best honey production in the country.

Each one has a profile created after the mapping, and a plan according to their unique characteristics, from good practices, to finance, empowering and prevention of violence against women, working supplies, to branding and guidance to create their labeling.