For the UN World Bee Day on May 20, Slow Food is taking the opportunity to publicly call for the appreciation and protection of bees. Intensive agriculture, the increasing destruction of semi-natural habitats, and the use of pesticides deprive bees of their food resources and habitats. “As pollinators, bees are responsible for the production of about one third of our food. Every day that we do not actively support them, we put biodiversity and food security at risk,” says Ursula Hudson, chairwoman of Slow Food Germany and member of the Slow Food International Executive Commettee. 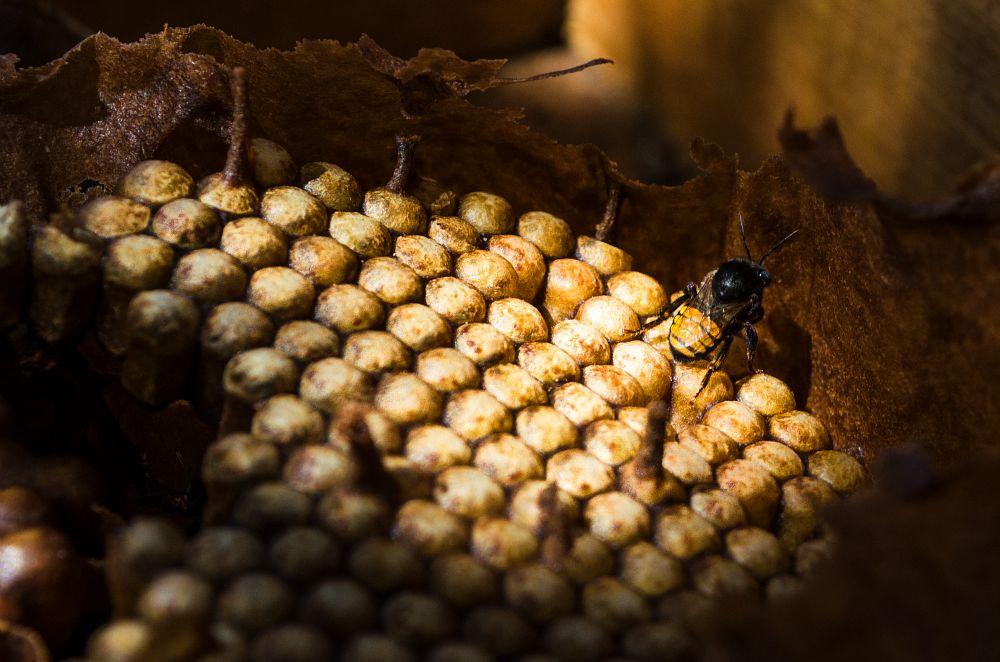 Bees do not just supply us with honey; they are indispensable for the integrity of horticultural and agricultural ecosystems, and thus for our nutrition, well-being, and health. But wild bees and honeybees are not doing well in Europe. Their populations are greatly reduced and continuing a sharp decline. Our agricultural industry bears a large part of the responsibility for this. Monocultures and intensive farming practices rob bees of their flowers, while the widespread use of pesticides poisons them. On World Bee Day, Slow Food is calling for a complete ban on the use of neonicotinoids for all field and greenhouse crops, and for changes in the agricultural system.

Things seem to be improving ever so slightly in this domain, but there is still a fair way to go. Recently, the EU voted to ban the outdoor use of neonicotinoids, a decision which was upheld on appeal. Urban beekeeping is on the rise and people are beginning to take notice of the plight of bees in an increasingly hostile world. For our part, Slow Food works to fight for bees and protect their dwindling populations via a number of projects. The Ark of Taste lists almost a hundred distinct honey products around the world, 18 of which are produced within communities and groups protected by Slow Food Presidia. Bees have become a major issue for Slow Food, so much so that bees have a cluster dedicated to them at the Terra Madre Salone del Gusto. Their role in preserving biodiversity is unquantifiable, and any discussion of it must include bees. 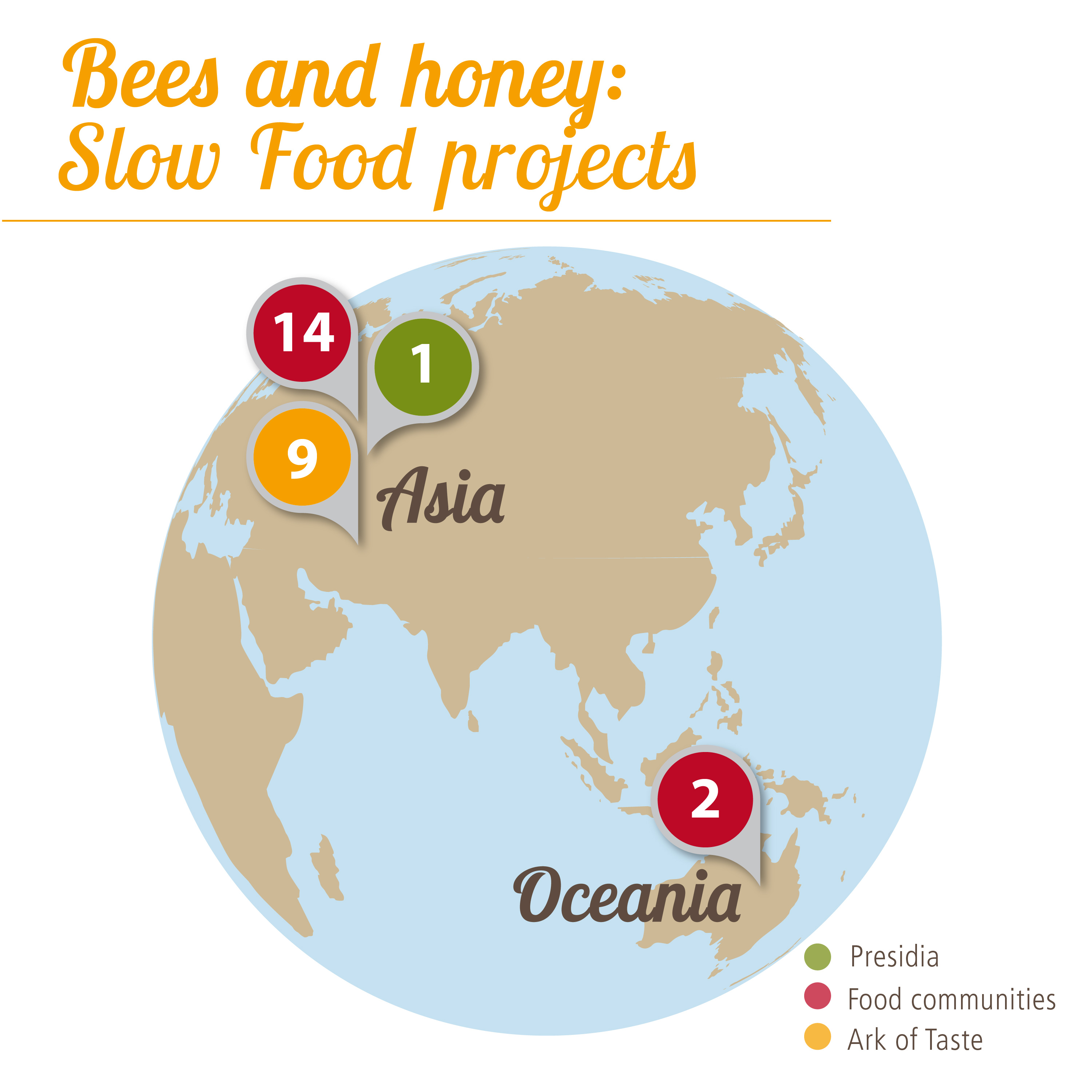 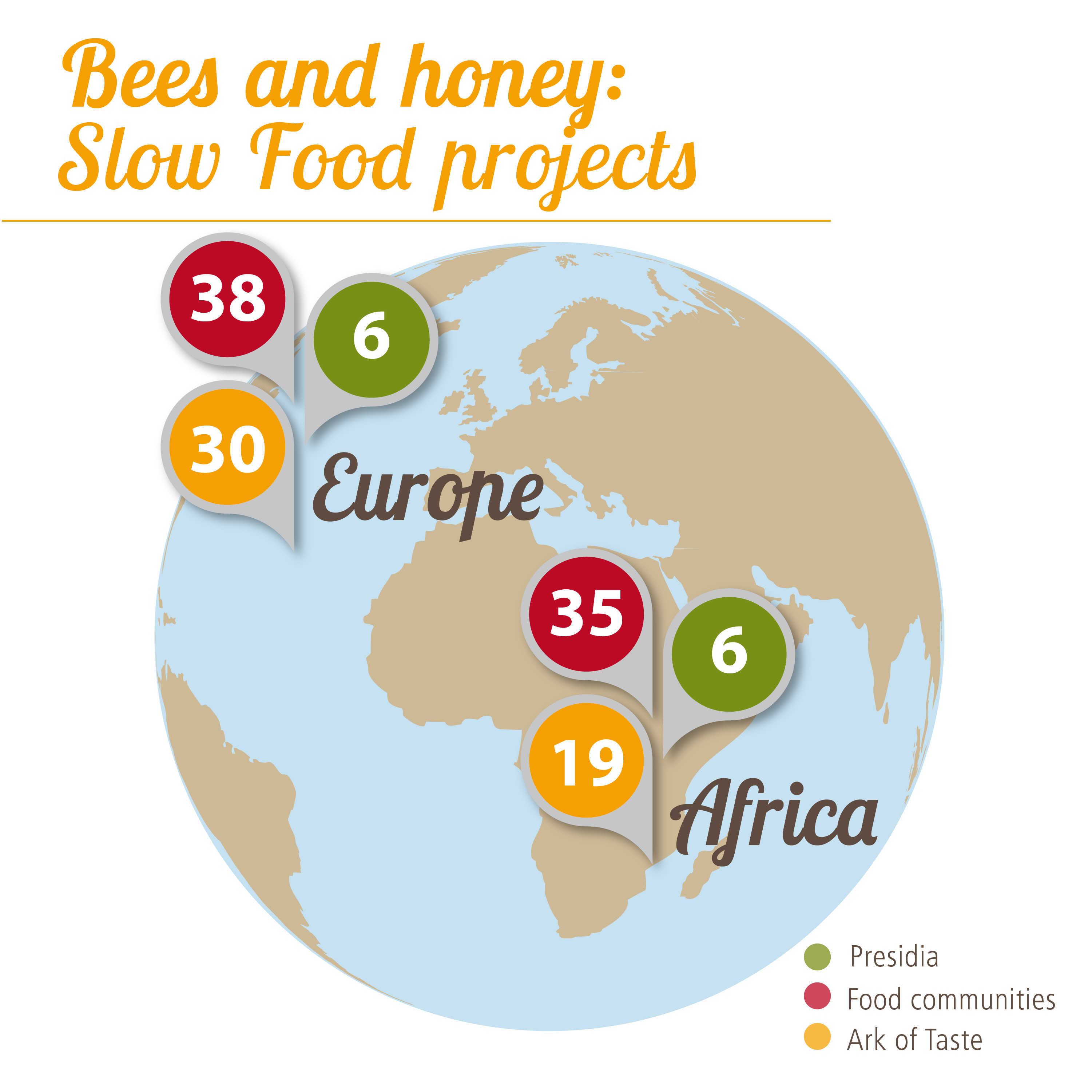 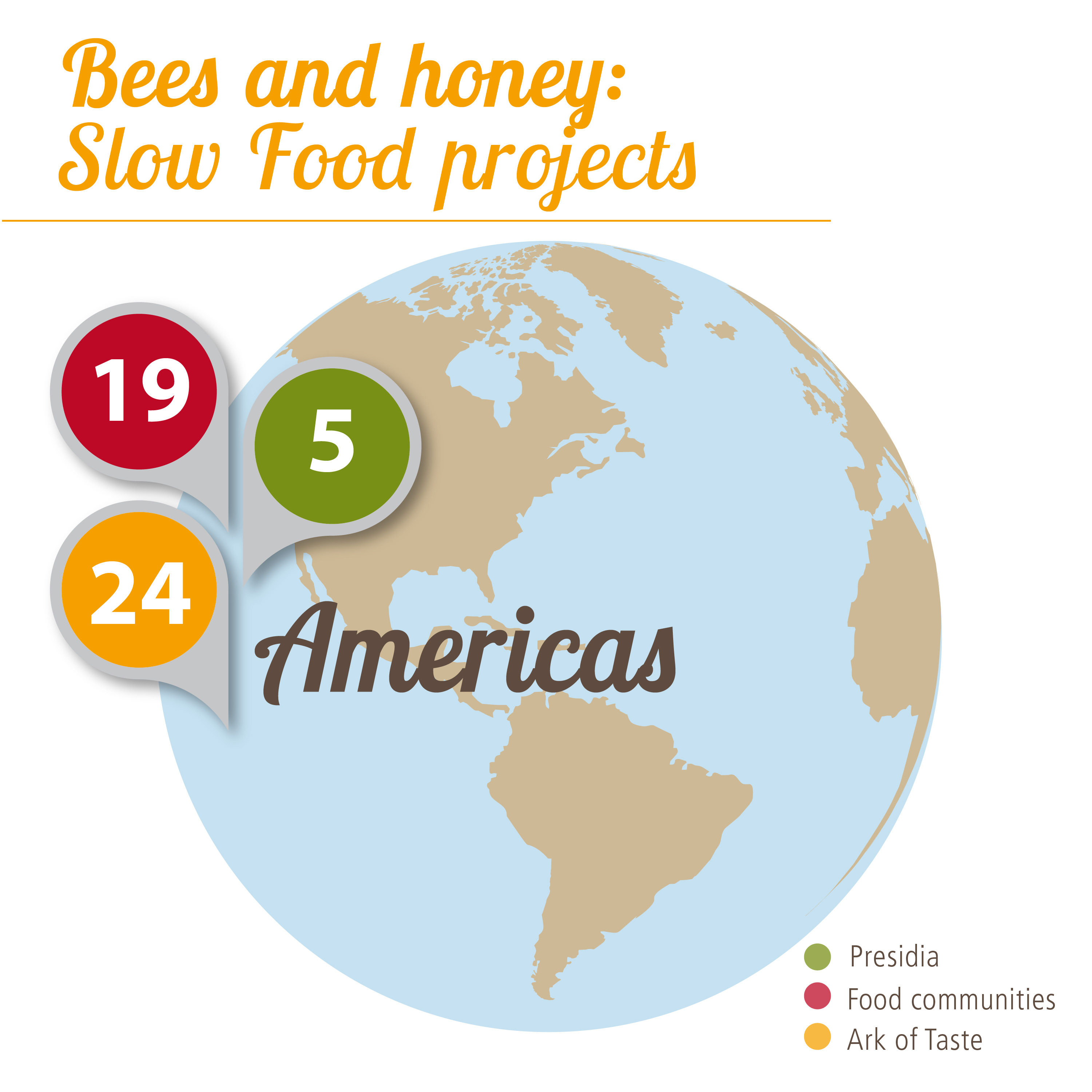 Distribution of Slow Food projects around the world: Presidia in green, Food Communities in red, and Ark of Taste products in yellow –

The fight for bees goes beyond policies however, we all have a responsibility to act. As ever, at the checkout, choosing items that are not the products of intensive, aggressive farming, or even just choosing producers that avoid the use of pesticides, go a long way. Otherwise, actively encouraging the growth of bee populations by planting flowers and creating a safe environment for them, helps immeasurably. Recently, Slow Food has added its voice to Bee the Future, a new initiative started in Italy by renowned food emporium Eataly. The project aims to rebuild these bee-friendly spaces, both in commercial farms and in people’s gardens. The first is achieved by enlisting 100 farmers in Italy, particularly in areas crowded with monocultural plots, to cover one hectare each of their land with a mix of flowers to attract and feed bees. Eataly will then stock and sell the same seeds in their stores, allowing people to create the same havens for bees, on a smaller scale. The seeds used for the campaign will be supplied by Arcoiris, an Italian company committed to fighting the current monopolies on seed and seedling distribution, providing instead organic, biodynamic and non-GMO seeds. 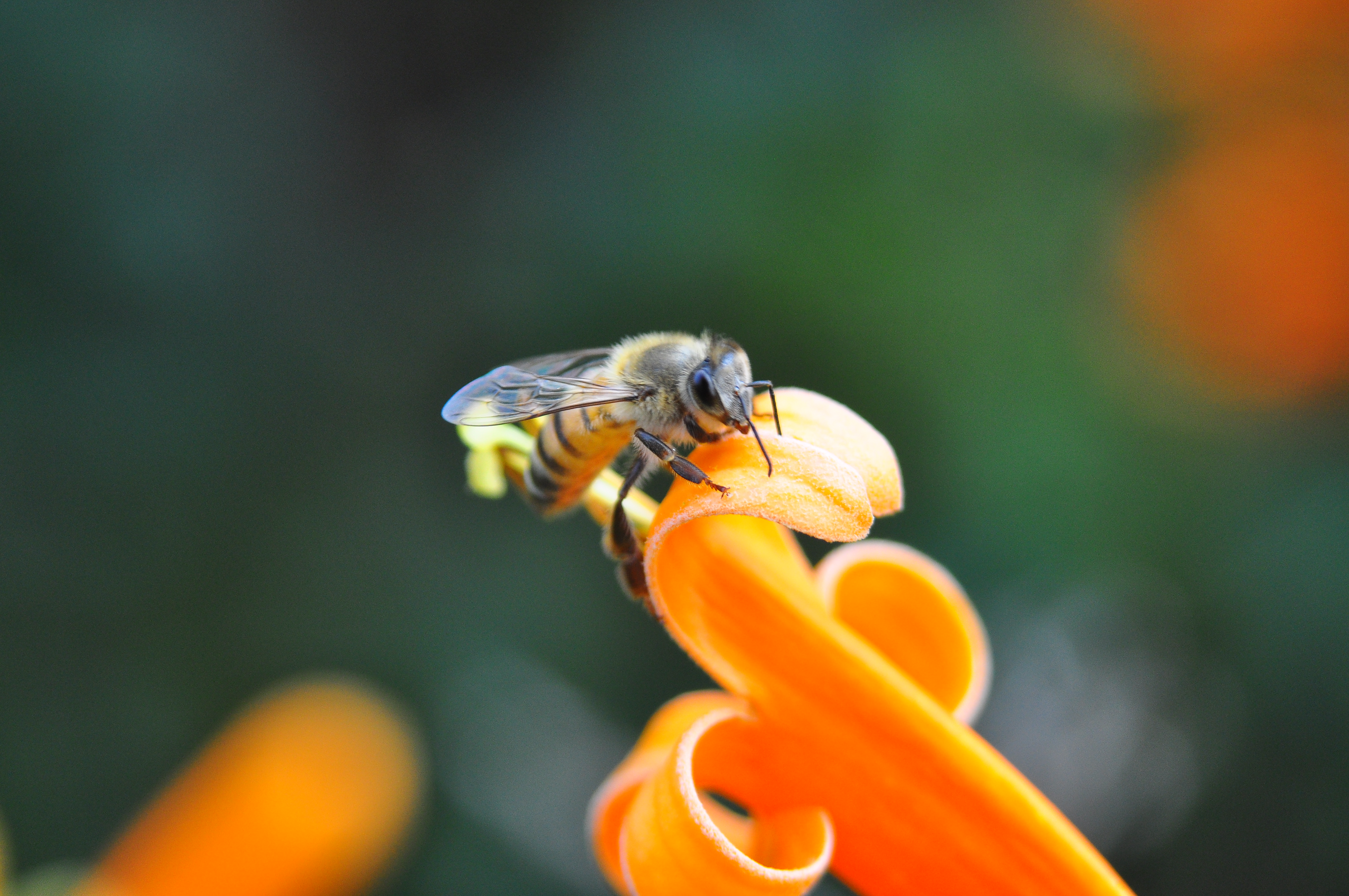