Archive » News from the Network: Journey from Lima to Turin, The Inspiring Story of Slow Food Chef Roxana Rondan

Roxana Rondan’s story is mapped along her face. Behind a steely gaze, witness to experience and time, even today her eyes well up and her voice trembles when she lingers on specific memories. Owner of the Peruvian restaurant La Rustica Latina, in the San Paolo district of Turin, she makes the point that her cuisine is not strictly Peruvian: “It’s more of an integrated menu, a cuisine that looks very much to the territory and to local producers.” While she runs the kitchen, her husband Pedro looks after the dining room. In addition to her work as a chef, Roxana also teaches cooking and the “arte biancha” (baking, pasta, bread, and pizza-making) at the Ferrante Aporti juvenile penal institute, as part of a cultural integration program with Agape, the presiding Peruvian gastronomy association, run in collaboration with Piazza dei Mestieri.

The fourth of six siblings, all brothers, Roxana crossed the Atlantic in 1989 with her mother, coming to Italy in search of a better life. But soon after arriving at their first destination, Rome, Roxana would be faced with living in a new city by herself: Her mother, being unable to cope with the separation from her family, returned to Lima after just one month. In Rome, Roxana worked as a nanny and lived with a family of Peruvian friends. It was at this point that someone told her about Milan, a metropolis that might offer her the opportunity she was looking for. She packed her bags and embarked on the journey to Milan by train. Arriving at Milan’s Piazza Duomo station on her own, in a new and unfamiliar city, she happened to run into a fellow Peruvian. “It was another era: In the 90s, meeting another Peruvian was rare. And when it did happen, you could spend the whole day with them, telling them your life story. Through this chance encounter, I was introduced to the nuns who hosted me and helped me find work in Milan. It was the beginning of two years of great personal and professional growth. I was lucky enough to work in the homes of Milanese families who helped me complete my education.”

In Milan, Roxana began to attend Italian cooking classes, and with her first earnings decided to rent a stand at the Latin American festival, offering Peruvian grilled specialties. Here too a chance meeting changed the course of her life, with Roxana choosing a path that would turn out to be the right one: “A gentlemen of the Festa dell’Unità in Turin offered me a place at the festival and so I relocated my stand. It was 1992 and Turin was not yet the multi-ethnic city we live in today, but I immediately felt at home. I was of age, I did several jobs, but I felt the need to build a career for myself. So I attended the hotel institute and then applied for a degree in Food Technology. Thanks to my professors, I got to work with culinary masters like Gualtiero Marchesi and was part of the kitchen crews in luxury hotels in Rapallo and Venice. It was not easy—being a young woman, as well as a foreigner, the world of the professional kitchen has been an uphill battle.”

Eventually, Roxana’s wandering days made way for a more settled life, with her marriage and the arrival of her daughter Anastasia. But the adventure isn’t over! Her most recent big endeavor was opening her restaurant, which she did alongside her husband. In the beginning, La Rustica Latina was meant to be a place to showcase Latin American products: “I thought my cuisine would only appeal to fellow Latin Americans, many of whom live in this neighborhood. But instead, in the last few years more and more Italians have chosen my restaurant, because we offer healthy food at a reasonable price.” Alongside her work at the restaurant, Roxana continues teaching at the Ferrante Aporti juvenile penal institute: “My boys (the students) come from difficult situations. I always tell them that with willpower, everyone can succeed: When I started I had nothing but my suitcase with a single change of clothes.”

And what a journey she’s made. It is a path that eventually brought her to Slow Food, of which she has been a member since 2014 with Slow Food Turin. She participated in the 2016 edition of Terra Madre Salone del Gusto in Turin with her own stand among producers, vendors, and exhibitors from around the world. But above all, Roxana never gives up when there is a need to lend a hand, and this commitment is clear in her work supporting Sisay, the small but fundamental Terra Madre event organized by the Slow Food youth network to allow young Peruvian farmers and agricultural producers to meet in Lima every two years. In full Slow Food style, this kind of network ing event serves as an important opportunity to exchange ideas, problems, and, above all, solutions. 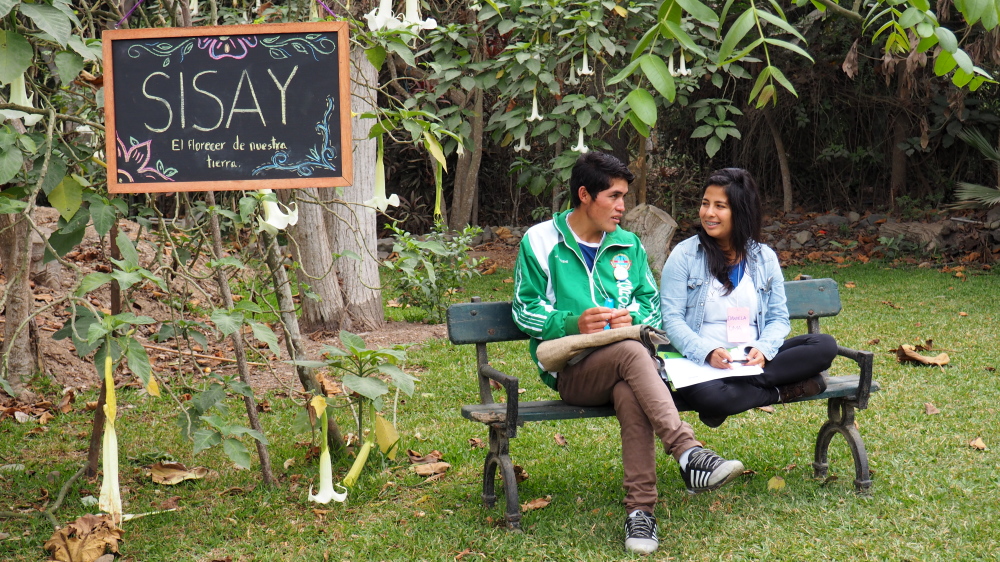 It is an opportunity to turn the spotlight on those who are struggling to make their voices heard, truly a paradox if we consider that it is precisely these young people who practice agroecology and live according to a good, clean and fair philosophy that offers solutions to the great crises in which we find ourselves, first and foremost with regards to the climate crisis: “Sisay is not just about the present, but also the future of food heritage. The 2019 edition focuses on the supply chain and the need to achieve sustainability in every link of the chain. Sisay participants are proud to be farmers and happy to work in agriculture. 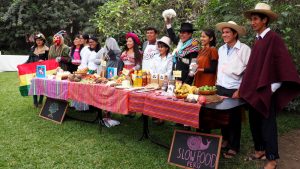 However, the biggest difficulty is that society is oblivious to their work, and thus there is a lack of consideration toward the challenges they experience. Thanks to Sisay, they can demonstrate their full potential,” says Valentina Gritti of the Slow Food Youth Network.

Many of these young people live in remote areas and do not have the money to reach Lima and participate in Sisay; it is up to us to support them. With great generosity, Roxana organized a dinner (which, among other things, showcased many Slow Food Presidia), whose entire proceeds, including costs, were donated to the Sisay boys. She was able to collect a symbolic and fundamental amount, and we are inviting you to participate in the cause by making a small donation. If we join together, a little can go a long way!

To find out more and to donate to the Sisay cause, click here: www.gofundme.com/f/supportingSISAYinPeru