Archive » 150 Years of Agricultural Research and Education Face the Bulldozer 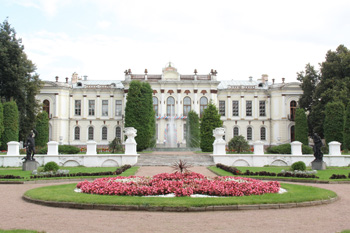 Just a few months ago, the Moscow Timiryazev Agricultural Academy had its 150th birthday celebration. Official congratulations from the Kremlin were still hanging thick in the air at Timiryazev, one of Russia’s oldest agricultural universities. Then, on March 4, 2016, a commission ordered that the land of the academy be transitioned for the destruction of living, agricultural fields, in order to establish the new development and construction of multi-level residential buildings.

On December 3, 1865, Russian Tsar, Alexander II, personally signed a decree on the establishment of what is still Timiryazev Academy. It is situated in the center of Moscow, about 10 kilometers from the Kremlin. Named after the great scientist and plant physiologist, Kliment Timiryazev, even today the university is simply known as Timiryazevka, after its venerable father.

The university provides not only a large, green space inside a metropolis of 14 million people, but is also a true living history of agriculture. More than 100 hectares of land are in constant use for education and experimentation. In fact, a unique field experiment has been ongoing for about 103 years, monitoring the behavior of crop planting. It is part of an international register, one of only 10 in the world. Additionally, the university has carried out climatic observations for 130 years and forged plant-breeding experiments for 100 years. It monitors new plant species, including urban agriculture taxonomy, and employs a staff of about 30 people who are enthusiastically dedicated to the life of this land.

Another part of the land, Michurin’s orchard, was founded in 1939 and includes an extensive collection of fruit and berry biodiversity. The orchard is dedicated to the protection of unique plant varieties, which could not be transplanted without causing a dramatic loss. Nearly 200 apple varieties and 167 varieties of pears still flourish on this parcel. Apart from the historic and educational value of the land, it is also a national heritage, as granted by President Medvedev in 2008. 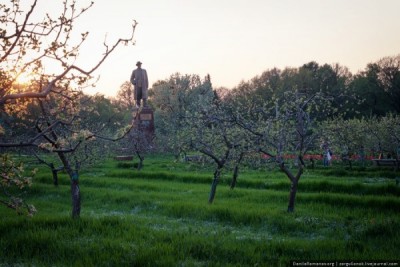 The university has withstood the impact of many aggressors over the years, its lands remaining intact since 1865. But there are no boundaries to the greed for wealth. A palm-itching for grossly high profit neither respects history nor looks to the long-term future. This is now the unfortunate situation of Timiryazev Agricultural Academy.

The government’s announcement states that all the land comprising the famous Michurin’s orchard as well as the horse-rearing facilities, an extensive list of educational buildings, 20 laboratories, and dormitories are to be split apart so that the agricultural land can then be demolished and built up with residential housing blocks. This decision was made by 14 people behind closed doors. They have employed tactics such as cutting funding in order to force a sale of the land.

Government officials have promised “fair” compensation – land in Moscow suburbs, the construction of new dormitories, sports facilities, etc. But this will not compensate for the loss. An agricultural center cannot be left without land. The university’s roots are in the soil that has nurtured the immense biodiversity growing on top of it.

Professor Valery Koshelev, economist, head of the Department of Management and Agricultural Consulting: “What could the compensations be? It is not possible to compensate for what has been developing here for 150 years and then is suddenly taken away. No land in New Moscow can compensate for this. The experiments that have been ongoing here are not transferable.”

Slow Food community in Moscow is very concerned with the situation. As noted by Olga Rasbash, well-known lawyer, environmentalist and member of Slow Food: “Only five years ago the same federal commission tried to take invaluable test fields away from the Vavilov Institute. The fields contained a rare collection of seeds and plants – Europe’s largest repository. Back then, we managed to organize wide-scale public hearings in the Public Chamber of the Russian Federation, and together we saved this unique land. We will be fighting now. And not only for the preservation of biodiversity – this obvious disregard for the law and public opinion leads to the rising level of legal nihilism, especially among young people, that can not leave indifferent the officials responsible for implementing policies and decrees of the Russian President”.

Without help, Timiryazevka will cease to exist as an agrarian university in just a few years. The university staff, faculty and students are raising mass awareness and a substantial opposition. Groups are demanding that the governmental committee reconsider the decision to destroy the university and build-up the historical lands and facilities with housing blocks. Please support them in their fight to keep what belongs to over 18,000 students and scholars, along with the agricultural biodiversity that belongs to the world.

You can help by signing the petition and sharing the story with friends, colleagues, political parties, mass media, and NGOs for help and support.