Archive » In 2023, we need you: united we can face the challenges and together we can build the world that we want 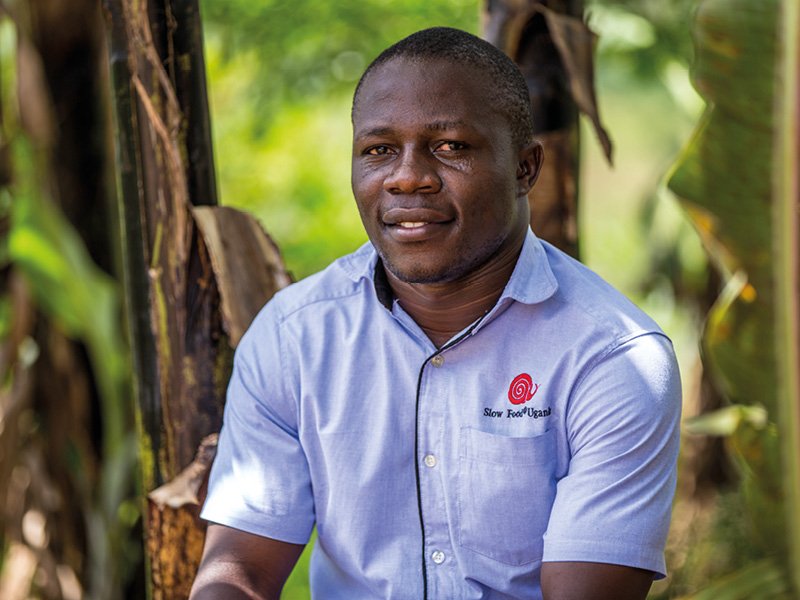 Dear Slow Food members and activists from all over the world,

I am happy to address you on this occasion, before the end of year holidays. It is an honour for me to do this for the first time, in the role that was Carlo Petrini’s until recently.

Your commitment, care and resolve in the fight to uphold the principles of our organisation, and to try and stop the devastating loss of biodiversity and the climate crisis, are a source of hope and pride. Any of you who identify yourselves with our values and that takes an active part in the network of Convivia, individual members, producers and communities, which have been so important to the history of our movement, are of fundamental support to the development of Slow Food, and for the projects we carry out across the globe. Just think of the Ark of Taste, the Presidia, the Chefs Alliance but in particular the project which I have worked on since the beginning and whose enormous importance I have been able to experience, for the food security and sovereignty of many communities, which is of course the Gardens in Africa. A project that is a perfect example of concrete collaboration – which is non welfare based – between the North and South of the world.

We are fresh from an edition of Terra Madre which was dedicated to the theme of “regeneration”, a concept that concerns the environment, agriculture and the food system as a whole, but also Slow Food as a global movement based on local communities. Terra Madre is a project that marked a turning point in the history of Slow Food, changing its characteristics forever. And I want to remind you that I myself approached Slow Food for the first time in 2008 when I arrived in Turin as a delegate from Uganda. This event, and the work of building the Terra Madre network over the two-year period between editions, is due to a great deal of your energy, strength and support.

We are working at all levels of our organization to strongly reaffirm what is at the heart of our philosophy and to prepare the ground for a future of regeneration.

The new International Board which was elected at the International Congress last July is an expression of the commitment to the renewal and strengthening of Slow Food, and I want to thank all the members who are part of it for the support that they give to me personally and for the great commitment that they show on a daily basis. I thank the leaders who are part of it for dedicating their time and wisdom and for the attention that they give to the solidarity that characterises their mission, for their ability to make the Slow Food movement ever more open and inclusive. Following the recommendations that have come to us from the ChengDu Declaration, we have defined our strategic objectives based on the three pillars of Biodiversity, Education and Advocacy. We have identified the creation of thematic networks as an effective tool for bringing about change, and the success of the networks of migrants, young people and indigenous peoples demonstrates that this is the right path.

I don’t want to talk about this for too long, but I really want to thank all the members and activists, all the people who work voluntarily but also those who work professionally at the Bra office in Italy for the enormous and fundamental work of coordination that they undertake and for maintaining the strong link between Slow Food International, the national associations and the individual nodes of the network in the 150 countries where it is present. And I also want to thank the communities, institutions, foundations and private sector, for the many donations which support our international projects.

We cannot ignore the enormous problems and the crises we are currently going through, which affect many different areas of the world, at a general level and also within our own movement.

In particular, there is an element that I believe could constitute a risk for our organization, as well as the world’s political-economic situation overall: and it is the tendency to take on a sovereign mentality, which is when we withdraw into our own borders in the illusion that this is beneficial. The food system can only be changed if we think globally without isolating ourselves in national structures and without thinking about our own political borders. It must be done with a spirit of true, open, inclusive and supportive collaboration. The network has a key role of being an example of openness and global spirit.

We need you: united we can face the challenges and together we can build the world that we want, a world where everyone has access to good, clean and fair food.

Best wishes to everyone.