Archive » Protecting Rice Biodiversity and Sovereignty One Grain at the Time

Rice is one of the most consumed foods worldwide; it is vital to many cultures across the globe, and its cultivation has been part of subsistence farming for centuries. In India, Basmati rice is part of life; as farmers have developed hundreds of types of this fragrant variety over centuries in the agricultural lands carved out of the foothills of the Himalaya.

India is one of the largest producers and consumers of rice with 100 million metric tones in 2019, second only to China’s 143 million metric tones. Global consumption during the same period amounted to about 486.62 million metric tons. For decades, multinational seed companies have been fighting to take hold of rice production, similar to wheat and corn, developing patented varietals, including Golden Rice, publicized as a nutritional supplement.

Golden rice isn’t the first attempt to develop a patented rice product. Japan and the US hold close to 200 patents on rice varietals, including a cross-breed of long-rice and basmati rice from RiceTec, challenged by the India Government in 2000, as damaging to Indian farmers.

The nutritional claims put forward for Golden Rice by GMO seed company Syngenta, now owned by ChemChina, of producing a rice loaded with betacarotene to provide enough vitamin A to feed malnourished communities, fails to address the social and economical discrepancies in the food system leading people to food insecurity and hunger.

“Golden Rice is being pushed through countries heavily dependent on rice. Vitamin A is mainly found in vegetables and meat. It’s safe to say that the decrease in biodiversity (both in supply and demand) has led to this nationwide deficiency. The discussion we should be having instead is on a diverse diet rather than focusing on one crop, which can lead to monocropping,” said Kumud Dadlani, Food Culture Researcher & Sustainable Supply Chain Manager, in Mumbai, India

Activists like Vandana Shiva have been fighting back to preserve the food sovereignty of the countless communities who grow and consume rice in India. She created the Navdanya Trust to conserve indigenous seed varieties, protect traditional food cultures, and fight agricultural patents. Navdanya, which means ‘nine seeds’ in Hindi, works with over five million farmers in 16 states of India to promote organic farming and seed banks in order to encourage self-reliance throughout India.

With this in mind, Slow Food in partnership with the Navdanya Trust, established the Dehraduni Basmati Rice Presidium, more than a decade ago, in order to highlight the importance of rice biodiversity, and the specifics of this rice characterized by hints of white flowers and sandalwood. The long term objective of the Slow Food Foundation and Navdanya is to identify the varieties of rice that symbolize the cultural and geographic diversity of the country and to create a network of rice Presidia that can communicate India’s extraordinary biodiversity to the world.

“Basmati became popular rice in the 90s for the export market, and now the structure and DNA of the variety have changed. Few places like Navdanya & people like Mr. Debal Deb have worked toward growing the old variety of Basmati Rice,” said Kumud 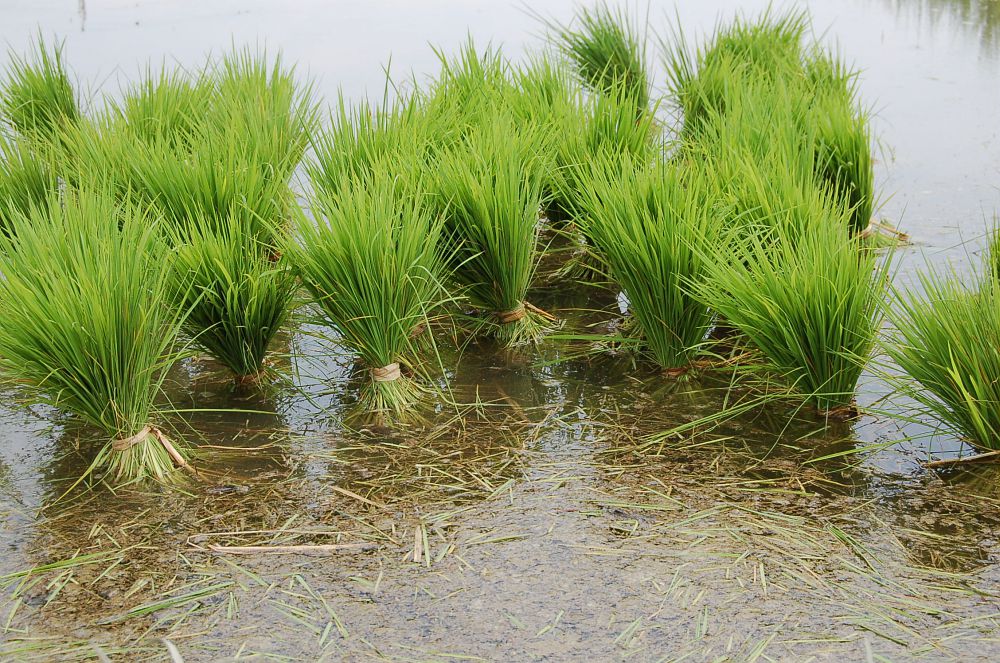 The first written reference to Basmati rice dates back to the beginning of the eighteenth century. Today, Basmati paddies can be found around the world, but it is in the Indian Himalayas near the area where the rice variety was first developed that some of the best Basmati rice is still grown.

Dehraduni Basmati rice is cultivated in a region that is flat, no higher than 700 meters altitude, located south of the Ganges River and north of the Yamuna River, where farmers rotate it with peas, pulses, millets, and wheat, or with mustard and wheat grain, allowing them a diverse and nourishing diet.

“In India, we have mustard leaves and turnip greens that are being discarded even though they are edible, and contain Vitamin A. The argument that should be had is traditional foods disappearing and the simultaneously emergence of bioengineered food in our communities,” said Kumud. 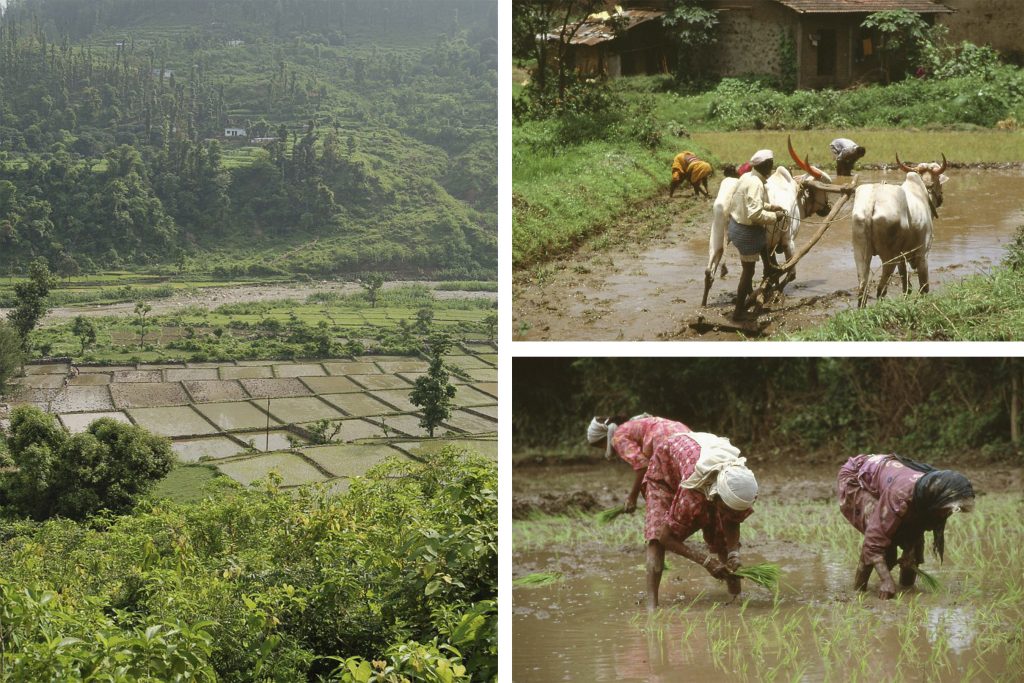 All of the phases of cultivation are done by hand with traditional methods, from the transplanting of the seed to the harvest, and simple tools like the sickle, plough and wooden harrow dragged by oxen. The past use of pesticides in these remote Himalayan valleys has caused environmental damage and contributed to the emergence of chemical-resistant pests. In response to these problems, Navdanya gives the producers of the Presidium technical assistance for pesticide-free cultivation.

In Dehradun cuisine, Basmati is prized for its unique fragrance and delicious taste. Khichdi, a local dish for festivities, is made of Basmati and black gram beans seasoned with cardamom, garam masala, and sprinkled with cashew nuts. Khichdi is traditionally served at the harvest festival Maker Sankranti, where the combination of rice and pulses symbolizes plenty and prosperity.

Kheer, a sweet milky rice pudding, is a very auspicious dish, made in Dehradun during all festive occasions as an offering to the gods, and special guests. Kheer is creamy, seasoned with cardamom, slivers of almonds, and raisins. When preparing these and other dishes from Dehraduni Basmati, such as the famed India Pilaffs, it is common to add a few cloves to the boiling water of the rice steamer to heighten flavor and aroma. 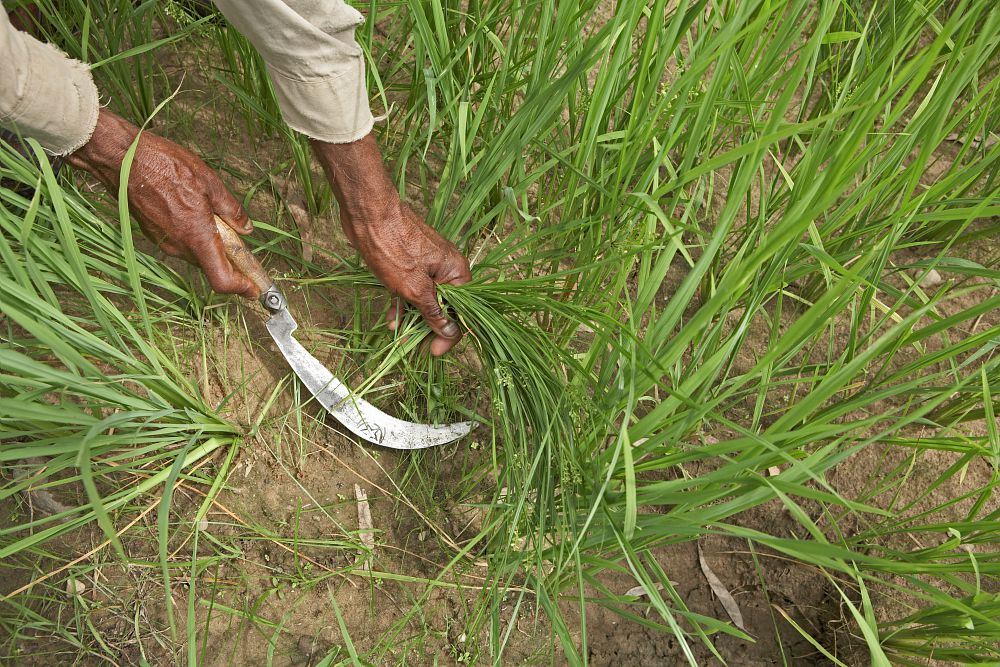 Slow Food has supported agricultural and cultural biodiversity for 30 years, promoting the right to good, clean, and fair food for communities across the globe.